There are several cellphone videos that were taken in the immediate aftermath of the Finsbury Park incident that were made available on YouTube and Liveleak.

Video #1: seconds after the incident

The first 30 seconds of this video show a group of four of five people assaulting a man on the ground, purportedly the driver. One of them can be heard shouting “you wanna kill me hey?” as they beat him up. The van itself can be seen in the background.

There are three victims visible here:

Did someone actually die on the scene? This photograph certainly appears to imply it: 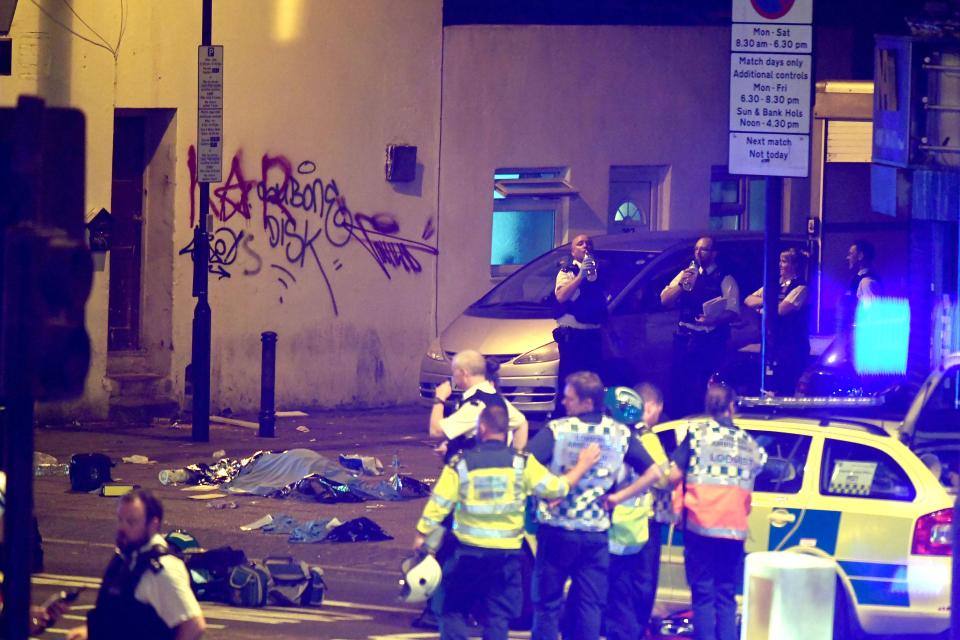 This body is lying in exactly the same place as the man dressed in khaki was. Except the foot showing doesn’t belong to him - it’s got a sandal on. Was someone placed underneath a tarp to simulate a body at the scene? It certainly looks like it. The alternative is that the man in khaki was really OK and got up and left after being revived. Which brings us to:

Video #2: minutes after the incident