On Monday June 19th just after midnight, a van ploughed into a group of Muslim worshippers in Finsbury Park, London. Early reports had a number of people severely injured and one person possibly killed. Within the day, further details had emerged: the crash had deliberately targeted Muslim worshippers from the nearby mosque, the van was driven by a lone white man who was apprehended on scene and handed over to the police and an imam had prevented an angry crowd from taking out their anger on the driver.

Key points from this witness:

Key points from this report:

Here’s a Google Maps screenshot of the scene: 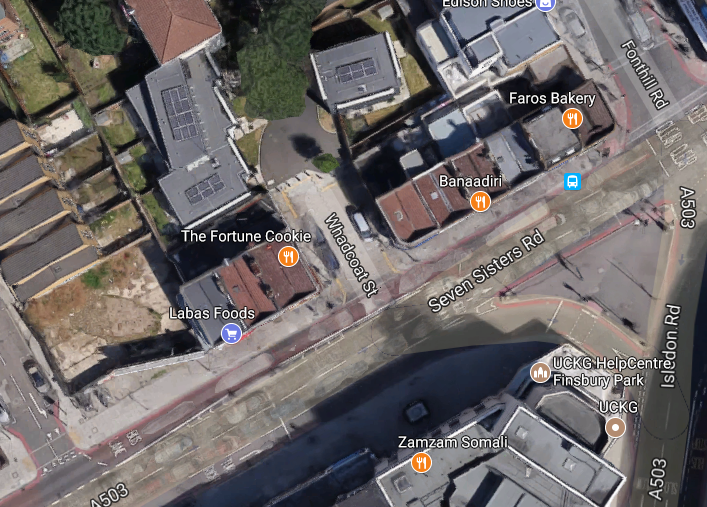 According to the witnesses above, the van came up Seven Sisters road, driving in the left hand lane - the bus lane - at speed and took a sharp left into Whadcoat Street, hitting the people there. Here’s a streetview looking up Whadcoat Street: 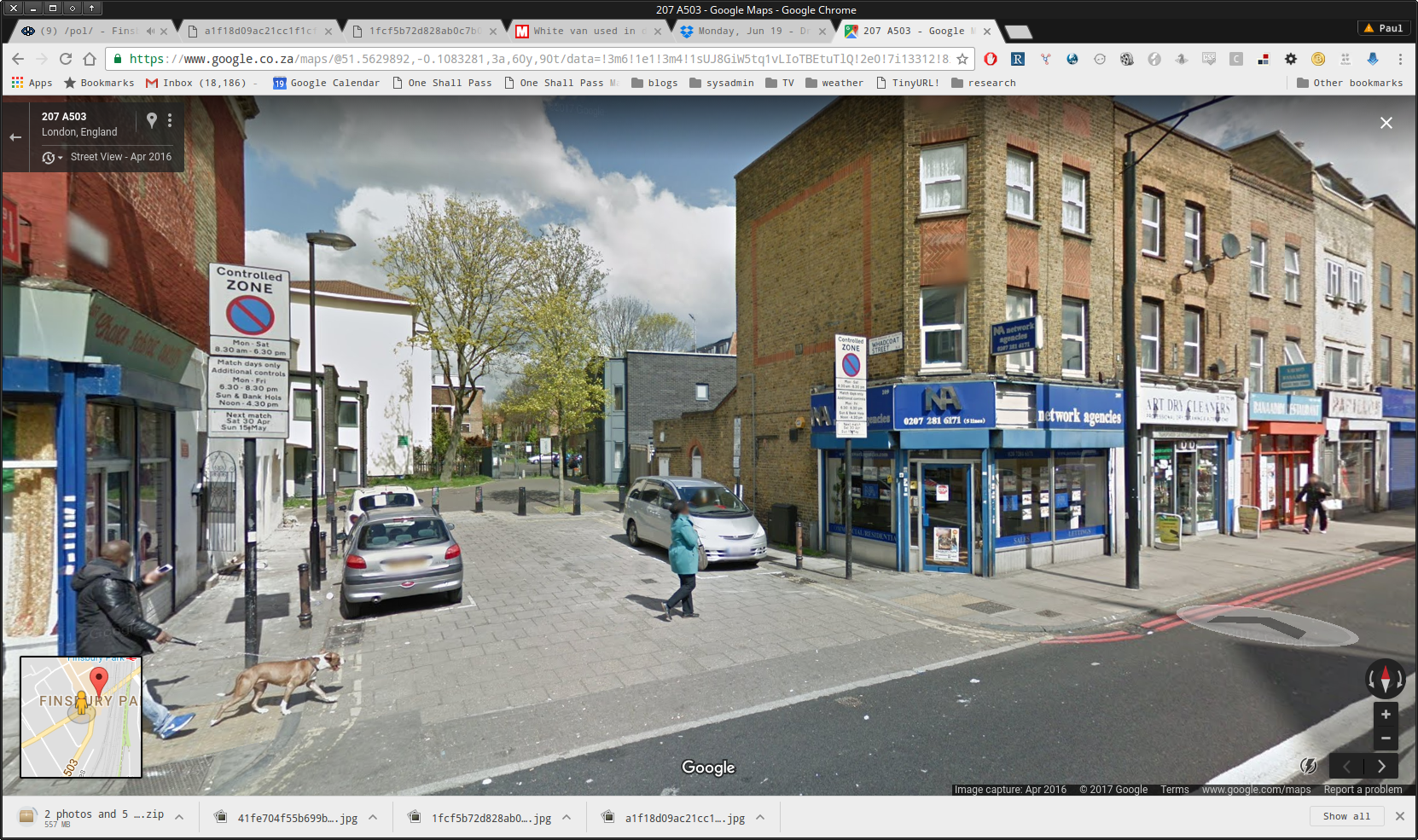 Note the four bollards blocking off the road about 50 yards away. The leftmost visible one will show up just below. Back to the overhead view. The orange line shows his route: 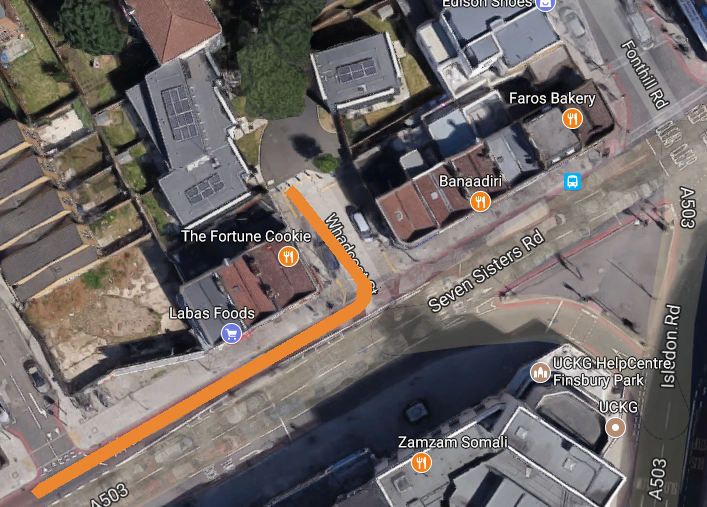 At least two of the eyewitness accounts cannot be true. A heavy (two to three ton) van travelling “at speed” cannot perform a greater than 90 degree turn. Actually, no vehicle can. Because physics. What did this vehicle look like after it had come to a halt? 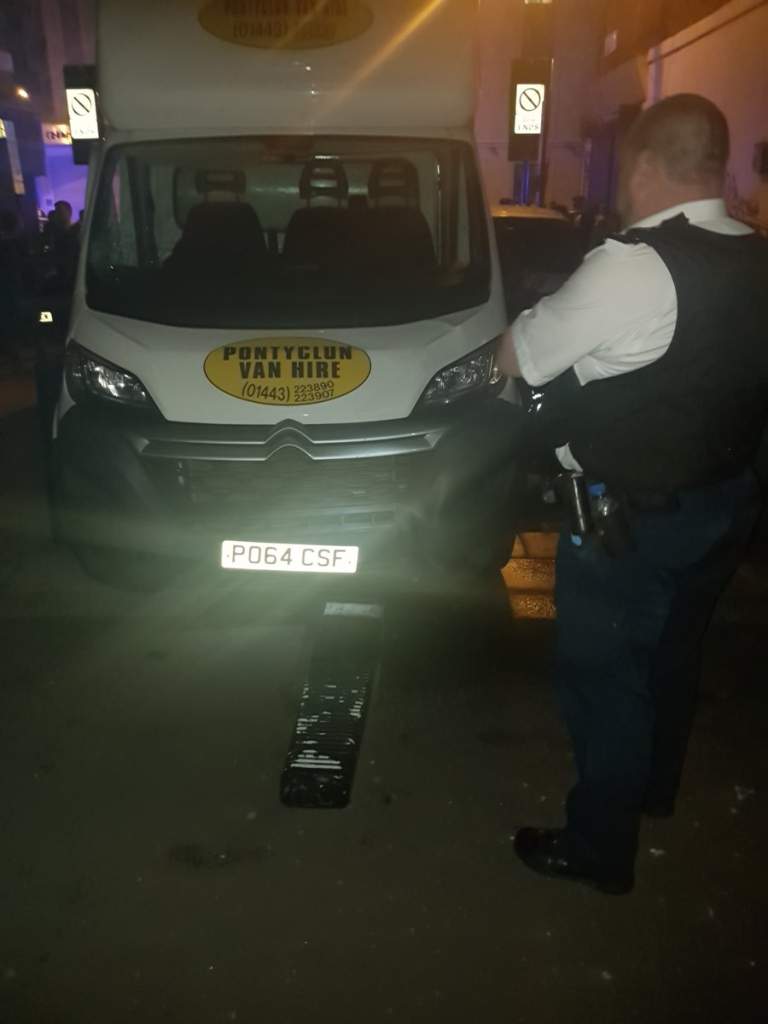 Note the bollard that has been knocked over by the vehicle - it has the same striped pattern as the ones in the streetview picture. See for yourself on Google Streetview here.

But the van itself, quite apart from being unable to corner at an impossible angle, hasn’t hit anything. Its headlights, grille, bodywork and numberplate are all undamaged and squeaky-clean - pristine even. If it had hit and dragged a number of human bodies, it would be damaged. Here’s another picture of it from the next day: 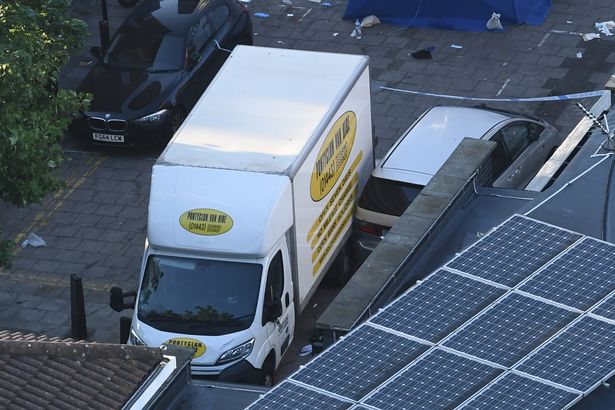 Clean as a whistle.

There are some questions that need to be asked about some of the specific details of this event.